Greece, day 9: Going out with a bang 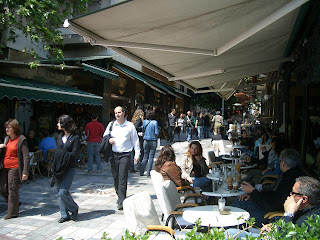 Alas, we had to say goodbye to J and Em, and Lav and I were on our own for one final day in Athens. Since it was a beautiful Saturday, folks were out and about, hanging out in streetside cafes and engaging in some serious people-watching. 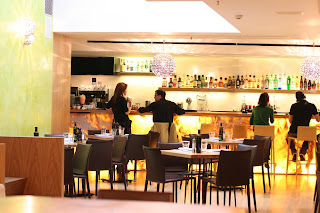 To escape the heat and crowds, we ducked into the interior of a simple cafe called Dakos, which is a mezze from Crete consisting of a small rusk topped with tomato and cheese. The really memorable thing about this simple cafe was the fantastic greenish olive oil made exclusively of tiny Cretan olives. Fresh and zesty, with just a faint hint of a bitter grassy finish. 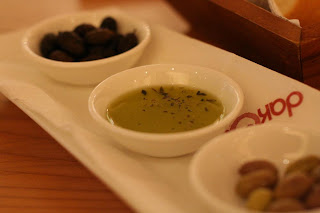 It may sound excessive, but we embarked on one final quest for loukoumades, this time setting our sights on Doris, a small cafe/restaurant on a tiny section of Kolokotronis street. We were served by a man whose expression can only be described as a friendly scowl, but whose service was kind, patient and gracious, particularly since the staff didn't speak too much English here. 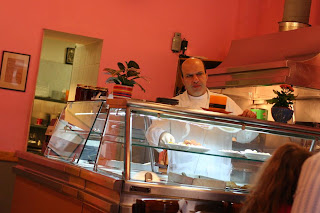 Part of me is really glad we made this stop, because we encountered a third distinct approach to the loukoumades. These were impossibly crispy and light, but had relatively little interior... just a thin remnant of soft dough. A healthy dollop of honey, and a bold accompaniment of additional honey, to be added as desired. No messing around here, folks. 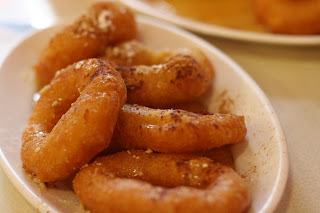 The other part of me eventually recognized our gluttony. Unfortunately, crispy golden sweet treats can make us a bit stupid, so we ordered two portions (um, yeah, I know). Somehow, the thought of sharing only five loukoumades seemed too little... the end result was that our initial moments of euphoria were replaced by a sad end of utter defeat. We'd finally had enough loukoumades to last us for a while. The only thing that saved my arteries was the Heineken I ordered (a surprisingly enjoyable pairing on a hot day).
For our last meal, I sent an email reservation request to the folks at Spondi, one of Athens' reputedly best restaurants. Set in a 19th century townhome with a texturally-rich stone and wood interior, this Athenian gastronomic icon has a fantastic ambiance of simultaneously historic and modern elegance. The confidence of the kitchen, bolstered by the aura of its Michelin star, is evident in the execution of hospitality from the top staff. 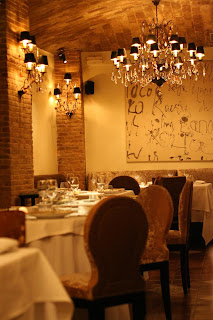 Rather than go into analytical detail on our impressions of each course, I just want to show you the meal that closed out our treasure of experiences in Greece. If there was a theme to the meal, it was the chestnut: 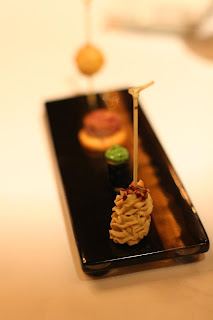 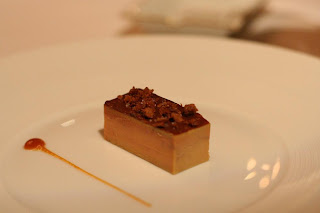 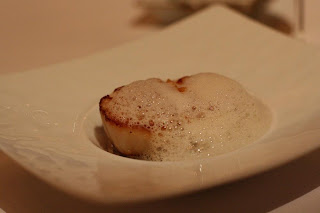 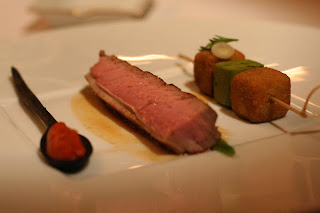 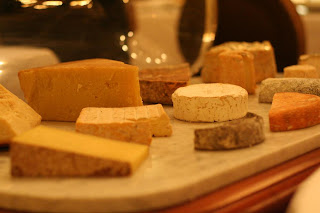 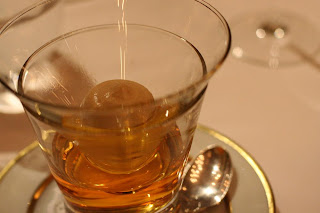 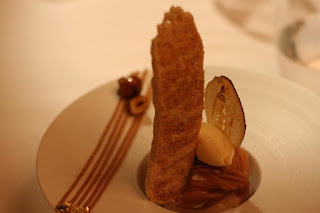 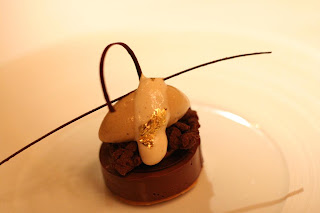 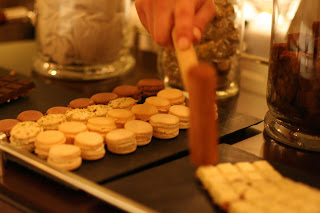 Whew. What an absolutely fantastic modern meal. We've eaten a LOT of food in the past nine days... really more than we should have, but it was all so enjoyable. From the simple, soul-satisfying decadence of a carefully-prepared gyros to the perfect setting of our first sea-side lunch (wow, that feels like a long time ago), Greece has given us a bounty of great food, amazing beauty, and lasting memories of friendship in another part of the world.