the best cupcakes ever 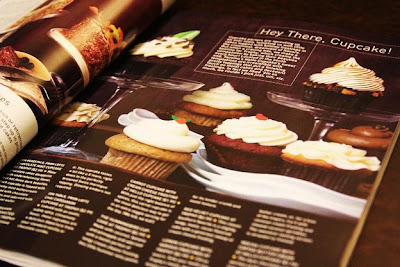 A few days ago, we got the November edition of Seattle Magazine in the mail. The cover article? "Best Desserts: Where to find the 95 richest cakes, creamiest pies and most decadent desserts for every craving"... accompanied by a simple picture of three of Trophy's gorgeous Chocolate Graham Cracker with Toasted Marshmallow cupcakes...

Now there's a lot to like about Trophy. They make a mighty fine cupcake--a clear cut above the other cupcake bakeries in the Seattle area--good enough to wow Martha Stewart... a local business we can be proud of.

But Martha hasn't had a chance to taste the decadent chocolate cupcakes from the greatest cupcake maker I've ever encountered. 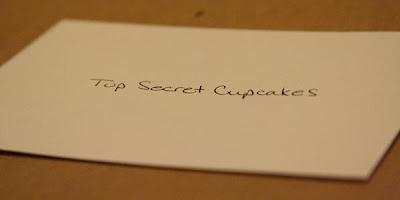 For Lav's birthday, I got two dozen of her all-time favorite cupcakes, half with vanilla buttercream frosting and the other half with raspberry buttercream. Phenomenal chocolate flavor, unbelievably moist and tender... and topped by decadent frosting. The vanilla buttercream used to be my favorite, but the purity of the all natural raspberry puree flavor in the raspberry buttercream was insanely good. These cupcakes are really without match, surpassing even Trophy's version of the chocolate cupcake. Don't worry, we didn't eat them all by ourselves--although we probably could have made a significant dent on our own. 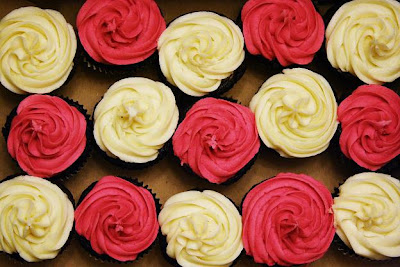 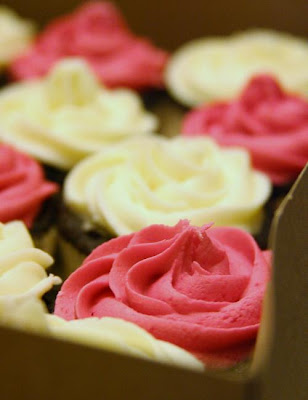 Where can you get these cupcakes? Well, it's pretty much an underground operation for now, but if you're in the Seattle area, you can always try your luck at topsecretcupcakes@gmail.com. Maybe for next year's dessert issue, Seattle Magazine can get the scoop on this one...
Posted by jack at 9:45 PM

Email ThisBlogThis!Share to TwitterShare to FacebookShare to Pinterest
Labels: dessert