Still in the mood for a great thin-crust pizza, Lav and I went to A16 in the Marina district. Chef Nate Appleman, a certified pizzaiolo, took over the helm from Christopher Hille (now a private chef in New York) earlier this year. Hille said the following of Appleman in the Chronicle: "Nate has been instrumental in A16's success since the day it opened. He possesses a tremendous talent for regional Italian cooking, has the highest standards for quality and is making the best salumi in America today." 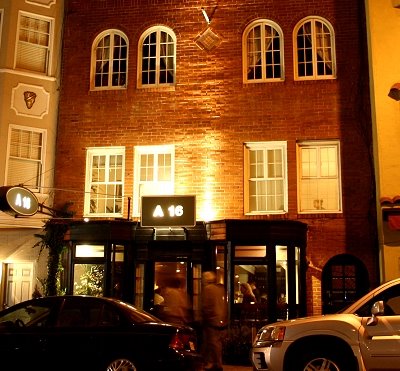 We started with an incredible -- and I mean every bit of that word -- zuppa of zucchini, mussels, beans and grilled bread. The dish had six of the most fantastically plump and fresh mussels we've had in a long time. The broth was rich and velvety; the grilled bread unctuous from the char and high quality olive oil as it soaked up the broth. The outragous depth of flavor of this rustic, but refined dish had us exchanging looks of wonder and satisfaction as we took each bite.

Next, we had the house-cured bresaola, which is made of choice cuts of beef that are seasoned and spiced, then air-cured. It was served thinly sliced, dressed with just a squeeze of fresh lemon. Much leaner than other italian cured meats, but with a remarkably focused and intense flavor. Silky and succulent, it practically dissolved on the palate. It was stunning... this was truly great salumi.

Then, the pizze margherita. A wonderfully toothsome crust that was just lightly cripsy on the very surface (including the bottom of the pizza) while still being pliable and elastic -- and not at all soggy in the center. The pizza only used regular mozzarella, so the cheese wasn't quite as rich, but still delicious. The sauce was a picture of simplicity: bright acidity and just a light addition of basil to enrich the body... and perfectly proportioned. 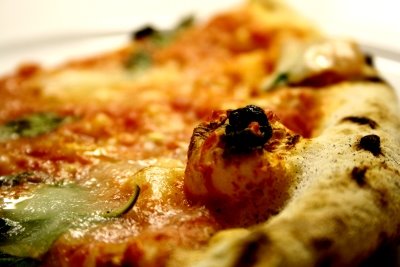 Just when we thought we were done, we convinced ourselves into sharing a honey semifreddo made with a rich cream and served with an almond shortbread cookie and macerated raspberries and figs. Maybe a little bit of an excessive finish to a fantastic meal.