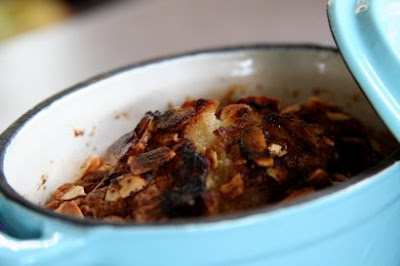 Back in college, I experienced some of the coldest winters imaginable. During my first Chicago winter, the temperature dropped down to -27 degrees F, with a wind chill of -75 degrees F. That kind of cold pierces through the thickest down jacket, past the layers of wool and thermals, straight to the core of your bones... not so great for a native Californian.

One of the ways we'd fight off the cold on the weekends would be to take a trip to the local pancake house and order huge mugs of pipping hot coffee and the epic baked apple pancake. Pillowy soft and steaming like cinnamon-infused molten magma, this behemoth of a sugar bomb was really more than any one person should consume alone... but it was exactly the kind of thing that would keep you warm long after you left the pancake house. 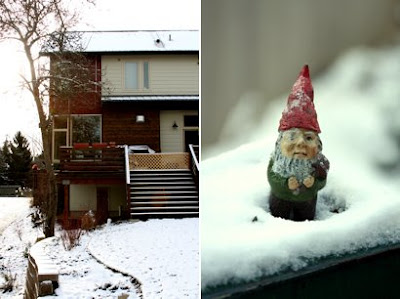 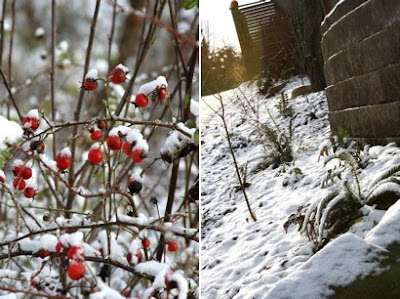 This morning, we awoke to the season's first snowfall... a good 2-inch blanket of serenity covering everything. While nowhere near the cold of a real midwest winter, the snow left me craving some baked apple pancakes. There are dozens of ways to make apple pancakes, but I didn't feel like going with an actual recipe. I wanted something simpler, faster, and with no measuring required. 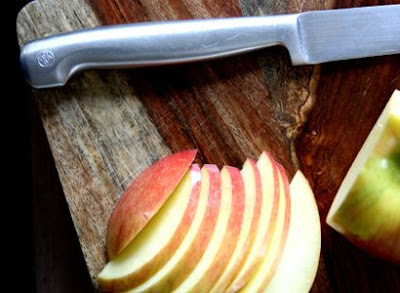 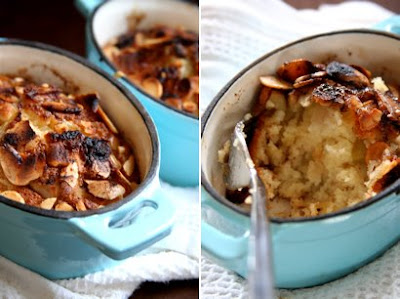 So here's what I came up with: I took buttered two mini cast-iron casseroles (large ramekins would work as well...) and filled them each half way with pancake batter (your favorite batter recipe will work fine without modification... a good pancake mix will work as well). I then added a few slices of apple and topped the batter with a mix of sliced almonds, a sprinkling of brown sugar, cinnamon, and a few small bits of cold butter. Into the toaster oven set at 325 degrees F for 25 minutes, until a toothpick comes out clean.

Lightly sweet, crusty on top and fluffy in the middle... just the thing for a cold snowy morning.
Posted by jack at 12:03 PM